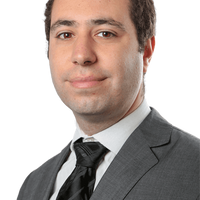 Build UK has  stepped up its efforts to ensure that cash retentions in construction projects are abolished in the next six years by publishing guidance to its members and amending its standard contracts to ensure that minimum standards are met in such arrangements.

The main headlines are that:

2) retentions should only be deducted from payments concerning permanent works;

3) there should be no retention arrangements where the starting value of the contract is less than £50,000;

4) deductions should be made as a single sum and towards the end of the construction period;

5) the deduction should not exceed 1.5% of the value of the contract (the norm is currently 5%); and

In addition the goal is to reduce the minimum threshold for contracts, to which retentions can apply, to £100,000 and the maximum percentage retained to 1% within the next 2-3 years.

Cash retention arrangements have caused problems in the building sector in recent years as money withheld from contractors has been used to pay the employer's creditors.  Although clause 4.16 of the JCT Design & Build contract states that the employer's interest in the retention is fiduciary as trustee for the contractor, it is not uncommon for this clause to be amended.

The result is to release the employer from it's fiduciary duties, leaving it free to use the retention monies to pay other creditors.  Should the employer become insolvent before the retention money has been paid in this scenario, this can lead to significant loss to the contractor through no fault of their own.

Fair and transparent payment practices are essential for a successful construction industry, but the practice of cash retentions has proven problematic for all parties in the supply chain. The practice of ‘passing on’ retentions in order to secure cash flow, coupled with the loss of monies held in retention due to insolvencies, has a negative effect on cash flow across the industry. The abuse of retentions can also undermine the spirit of trust and collaboration that is needed to improve efficiency.

For plans and pricing, please contact our sales team at sales@passle.net

Sorry, you don't have permission to repost or create posts.

Your repost is currently a draft. Review your repost and request approval.

Sorry - this is not an option. This post already exists in the Passle you have selected.

Try reposting to another Passle.